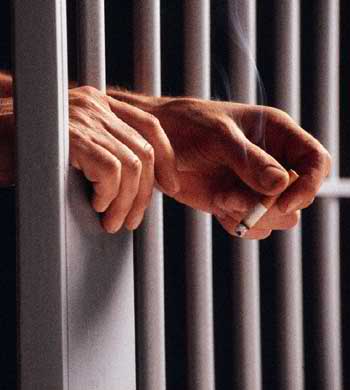 The Pre-trial Detention “Crisis” in Europe: The Causes and the Cure

Pre-trial detention persists as a chronic human rights issue in Europe, with an estimated one in every four prisoners being retained on remand (in other words, before final conviction).

This is an average estimate; the figures vary significantly between the countries – from 11 per cent in the Czech Republic to 42 per cent in Italy. (Thomas Hammarberg, Council of Europe Commissioner for Human Rights in his latest Human Rights Comment published on 18/08/2011).

These people have not been tried at all or are waiting for the review of an earlier sentence.

As their guilt is not established, they should, in principle, be regarded as innocent.

There is an obvious human rights dilemma here.

Pre-trial detention must therefore be seen as a measure of an exceptional nature.

There should be a presumption for release pending trial.

Detention should be applied only when all other options are judged to be insufficient.

The European Convention on Human Rights states that prolonged pre-trial detention must be regularly reviewed and will only be justifiable in exceptional circumstances .

Also, having a remedy against the judgment of detention is also important – the accused should be able to go to a higher Court.

The proportionality principle in criminal matters requires that coercive measures, such as pre-trial detention or alternatives to such detention, are only used when absolutely necessary and only for as long as required, thus complying with the principle of the presumption of innocence and the right to liberty.

In particular, the decision on pre-trial detention must be based on special and detailed grounds, with specific incidents and evidence demonstrating such a necessity.

The most important issue is establishing explicitly why the alternatives to pre-trial detention are not enough to effectively conduct the inquiry.

The severity of the offence, according to the law, standard expressions (such as “having regard to the nature of the offence, the state of evidence and the content of file”), or the simple repetition of the Legal formulations, must not be accepted.

ΙΙΙ. In this framework of reasoning, assumptions or unsubstantiated reasons referring to the future must NOT be accepted as sufficient (these could be the risk of reoffending, risk of hindering investigations, risk of flight, etc).

A. Risk of reoffending – threat to the safety of the Community.

Many times, the justification for the abuse of custodial detention is repeatedly and typically given as arising out of the danger of new felonies being perpetrated in the future by the detainee.

Custodial detention based on the reasoning that, if the defendant is released, he/she is bound to commit additional crimes, should become a thing of the past, and should not today deprive of their freedom Europeans or any other citizen who has had the misfortune to be accused.

The investigating authorities do not even have the legal right to apply reasoning to the testified guilt of the defendant during the case they are trying.

Consequently, they should not be able to apply similar reasoning in order to evaluate whether the defendant might perpetrate additional unknown felonies in the future.

The presumption of innocence, , even in the light of the most unfavourable portrayal of the defendant permits the defendant, during pre-trial proceedings, to be considered guilty only in relation to the felony of which he/she is accused.

In no case should felonies, of which he/she is not accused, which he/she has not perpetrated, and which might not ever occur, be taken into account.

Whatever his/her background, and whatever crime he/she is accused of, the investigating authorities should not in any way presume his/her future penal conduct.

This would be equivalent to detention without trial.

Custodial detention, enforced nowadays in the aforementioned way, has the effect of punishing someone for crimes he has not committed.

Measures for custodial detention, enforced in this way, often arise out of the fear of adverse publicity or some other extra-judicial factor, and never because the authorities are confident and sure in any particular case that further felonies will be committed.

B. Risk of hindering investigations.

Additionally, the alleged risk of obstructing investigations does not constitute a reason to impose pre-trial detention, as it is not easily acceptable that the function of the investigation and judical mechanism relies on one person (the defendant).

In any case, there are more lenient and effective measures that can be imposed in order to secure the “smooth operation of the investigations” (such as being forbidden to travel and forced to stay in a specific region, being forbidden to come into contact with specific persons, etc).

The observance of an investigation belongs in the end to the competency of the Police and cannot result in practices which go against the right of freedom.

Similarly, pre-trial detention cannot be justified on the grounds of the risk of flight of

the defendant because, as aforementioned, it punishes the defendant for an offence that has not been perpetrated.

This measure also does not justify the “need to secure the defendant’s presence in the trial”. The defendant has the right by virtue of the ECHR to be represented in the Court by a lawyer; his/her personal presence is not required. The trial is not cancelled simply because the defendant is not present in the Court.

In any case, the prevention of the offence of flight belongs to the Police and not the Courts, which exercise a judicial role in the case.

As a result, a person can spend years in prison without being tried, and can even be found “not guilty” after that period. Examples of cases brought to the Strasbourg Court where pre-trial detention has lasted between four and six years are not rare.

There are other harsh consequences for the individuals concerned. A recent study underlined the socio-economic impact of pre-trial detention: pre-trial detainees may lose their jobs, be forced to sell their possessions, and be evicted from their homes.

Even if the detainee is, in the end, found innocent, the mere fact that he or she has been in prison tends to be stigmatising.

European Union minimum rules are indicated for maximum pre-trial detention and for the regular review of such detention in order to strengthen mutual trust.

The ultimate goal must be the harmonisation of the Legislations of the Member States with a completely common framework of rules.

In addition, the enactment of maximum duration of pre-trial detention, common for all Member-States, must occur.

All actions should be in full compliance with the right of freedom and the presumption of innocence.