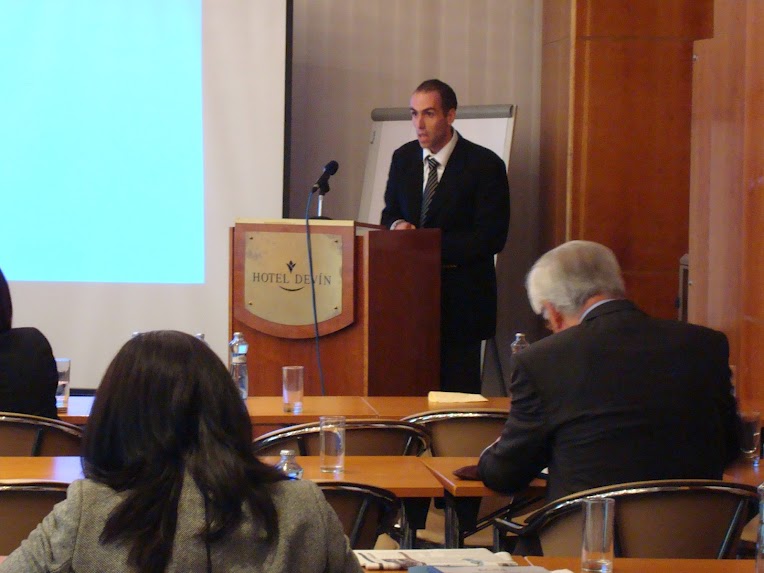 Greece: Criminal Justice Sacrificed at the Altar of Crisis

Greece has found itself in the vortex of an unprecedented debt crisis. The involvement of the Troika in the country has created conditions of national subservience and economic asphyxia. The intervention of the Troika, and of the Lenders in general, has not left criminal justice unaffected.

Measures are being swiftly imposed in the context of the rationale of the Memorandum; they amount to “drastic resource cut-backs” and “less justice”. These measures necessarily result in the abolition of the Principles of Fair Trial, but also of the independence of the lawyer’s vocation.

Attention must be drawn to the fact that in the Greek Territory the following draconian measures have been dictated and implemented in the last two years:
· VAT of 23% was imposed on legal services – in a country already deep in recession, where the citizens’ income has decreased by approximately 60% and unemployment has increased by 20%.

In practice, the average citizen is deterred from hiring a lawyer because it is impossible to pay the VAT. Citizens are therefore deterred from having access to justice, a fact that runs against the Constitution and the European Convention on Human Rights.

There is already the phenomenon of, in penal hearings, defendants appearing without the presence of a lawyer (wherever this is procedurally feasible).

The image of a justice system without lawyers generates justifiable fears for errors and arbitrariness.
· The lower fee limits of lawyers were abolished, a fact which has had a significant impact on the prestige and respect that the lawyer’s vocation used to – and should still – enjoy. This also removes the right to dignity and survival of many lawyers.

The financial abjection of lawyers creates conditions of justice degradation.

The changes brought about by the recently voted Law 4055/2012 have changed the landscape of the justice system impermissibly.

The defendant is deprived of the possibility of appealing against an indictment, that is, of producing objections during the pre-trial proceedings. In order to retain the right to do so, the defendant must pay a fiscal stamp to the state of 300 Euros (which amounts to 1/2 or even 2/3 of the average monthly salary).

A defendant without the financial means cannot refuse more than once the services of an appointed lawyer for any reason, for example, incompetence on the part of the lawyer.

In this case, the defendant is tried without a lawyer, even for the most severe felonies. The presence of the defendant before the Court Councils of the pre-trial proceedings is, as a rule, forbidden.

Single-member Courts shall try felonies (robberies, drug crimes, thefts, etc). Thus the fears about restricting and downgrading the quality of the justice system are reinforced. Also, concerns about the insufficient protection of judicial parties against corruption are raised: single-member bodies do not provide adequately impartial conditions.

The above regulations are merely indicative.
All follow the lines of a collective justice system, which is now against citizens’ rights. These regulations constitute pressures, on behalf of the Lenders, who have illegitimately replaced the legislative and executive power of our country, a country which is experiencing an act of economic violence.

The imposition of unprecedented economic burdens on the justice system constitutes a disproportionate restriction of the vested right of access to courts. The violation of this right creates onerous conditions of judicial representation of the financially weak.

The poor are essentially excluded: the principle of equality is being strongly and heavily violated.
The reaction of the European legal community is required in the face of these changes. The measures being imposed may not be restricted to Greece: they threaten the very fabric and the future of the European legal culture which it is our duty as co-officers of justice to serve and protect.