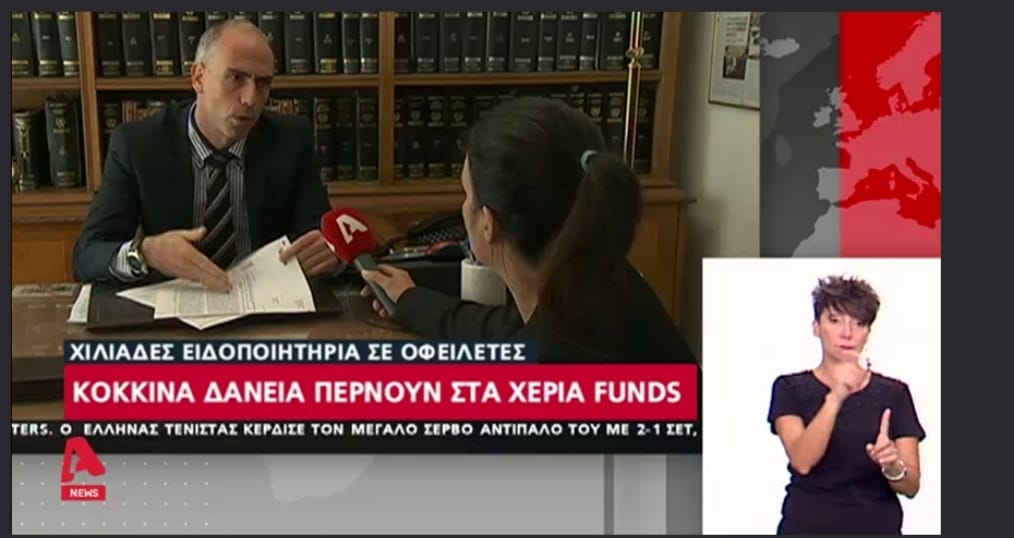 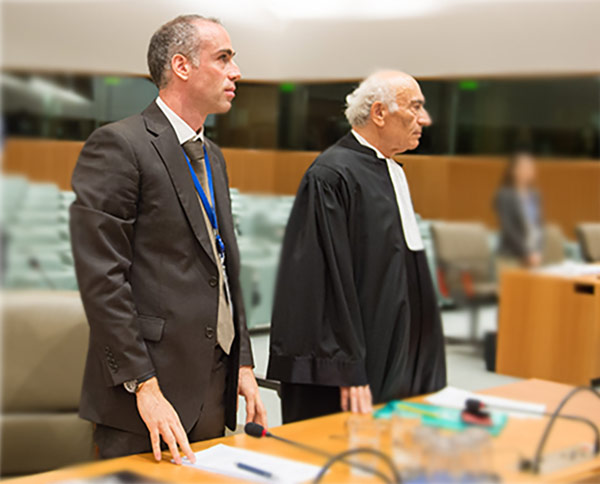 Comments on the Judgment with details C-589/15 of the Court of Justice of the European Union.

By Alexis Anagnostakis, Barrister at Law

The judgment in case C-589/15 Anagnostakis was adopted on September 12, 2017 by the European Court of Justice (Grand Chamber). The case was the appeal brought against the judgment of the General Court in case Τ-450/12.

The object of the dispute was the Action dated 11 October 2012 against the refusal, by the Commission, to register the Proposal of European Citizens’ Initiative (ECI) with the title “ONE MILLION SIGNATURES for the Europe of Solidarity”.

The purpose of the aforementioned Proposal was the establishment in the legislation of the European Union of the principle of the state of “emergency”, during which, “each time the service of odious debt threatens the economic and political existence of a Member State, the refusal of payment must be necessary and justified”.

The General Court judgment, in its assessment, completely disregarded that the ECI Proposal exclusively concerned the part of the public debt which is considered “odious”. It is wrongly considered that the Proposal concerned the totality of the Public Debt, without any other qualification or condition. The Court based all its reasoning for the dismissal of the Action on the above assumption. Moreover, it suggested that the Proposal was an attempt to write off the total debt in a unilateral and unjustified manner.

In this sense, the judgment contested by appeal did not correctly assess the subject of the Trial, but rather was adopted on the basis of an incorrect understanding of the content and the requests of the Action.

This constituted grounds for appeal, and was also elaborated on at the hearing before the European Court of Justice. The Court acknowledged the aforementioned individual allegation. Nevertheless, the judgment ignored this material allegation, instead deciding on an allegation that was not proposed (that is, the total deletion of the public debt). In doing this, the Court judged unlawfully and unacceptably.

According to the definition of the Russian International Law Expert Alexander Nahum Sack (1927), an “odious” debt is one which exists to the detriment of the people of a country, without them having given consent to it, to the full knowledge of the creditors. All loans violating the basic principles of International Law fall within the extended concept of this odious debt (such concepts as unjust enrichment, abuse of rights, fraud, usury, damage, an excessive cost of borrowing, the use or threat of use of violence). These basic principles arise from, among others, the Charter of the United Nations, the Universal Declaration on Human Rights, the International Covenant on Civil and Political Rights, the International Covenant on Economic, Social and Cultural Rights, the Declaration on the Right to Development, and the Vienna Convention governing the International Convention Law.

The absence of consent by the people of a country in Sack’s definition of odious debt should not be limited to tyrannical, despotic or dictatorial regimes, as it is in fact too often interpreted. If an elected government distorts the will of the people and acts illegally during the period of borrowing (undertaking corruption, unacceptable personal enrichment, the purchase of useless weapon systems, over-priced public commissions, etc.), such actions can constitute causes of “odious” debt.

The aforementioned judgment of the Court considered the ECI Proposal on legislative establishment of the principle of “emergency” in the Union, as it is elaborated in the Action dated 11 October 2012, as undue obligation “for the provision of financial assistance” by the Union. It considered, that is, that Articles 122 and 136 TFEU invoked in the Action do not constitute “appropriate legal basis for the provision by the Union of potential financial assistance to member states experiencing, or at risk of experiencing serious financing problems, through the introduction of a financing mechanism”.

The conclusion of the judgment took place due to misinterpretation and incorrect application of Union law: the appropriate legal basis for the provision of financial assistance to countries with financing problems (the nature of which puts them into a state of emergency) does in fact already exist in the Articles invoked by the Action. In particular, Article 136 TFEU, as amended by the Decision 2011/199/EU of the European Council of the 25 March 2011, on the stability mechanism for Member States having the euro as their currency, provides for the following:
“The Member States having euro as their currency, may establish a stability mechanism, which will be activated if it is considered necessary, in order to ensure the stability of the eurozone in its totality. The provision of any required financial assistance under the mechanism will be subject to strict conditions”.

Therefore, contrary to the conclusions of the judgment contested by appeal, and taking Article 4(1) and Article 5(2) TFEU into consideration, the competence of the Member States having the euro as their currency to conclude an agreement between themselves regarding the establishment of a stability and financial assistance mechanism is absolute (Pringle par 68, cfr., in this respect, the decisions of 30 June 1993, C-181/91 and C-248/91, Parliament versus Council and Commission, par 16; of 2 March 1994, C-316/91, Parliament versus Council, par 20 and of 20 March 2008, C-91/05, Commission versus Council, par 61).

The condition for the activation of the mechanism, to be agreed by the Member States, may be the placement of a country in a state of “emergency”, should meeting repayment requirements of the odious debt threaten the financial and political existence of said country. The mechanism of debt relief should be applied to all creditors. In any case, it should be applied to the creditors who happen to be EU Member States

The Commission has a specific given competence and discretion to submit a Proposal for the establishment of such a mechanism, under Article 352 TFEU, as a necessary action for the realisation of the objectives of the Treaties regarding stability in the eurozone. Therefore, the establishment of a mechanism (or the supplementation of any existing one) with the provision of a suspension/cancellation of the odious debt to the Member States and the Union for countries in a state of emergency is easily provided for in the legislation of the EU. It seems clear that it is within the Commission’s competence to submit a legislative Proposal to that end.

The judgment runs contrary to Pringle, which, under correct consideration (especially recital 67), does not exclude the aforementioned competence of the Commission. The invocation of this case-law (that is, Pringle) was not possible at the time of lodging the Action, since it was non-existent (Pringle is subsequent). Thus, the judgment decided on a legal reality of the past which has elapsed.

The judgment has not accepted this reconstruction, because supposedly it was raised for the first time before the Court of Appeal. However, the aforementioned case-law was established after the judgment of the Court of First Instance. Thus the requirement to raise the plea earlier is an impossible requirement.

Τhe submission of the specific provisions of law applicable to the merits of the case should be permitted even in the course of the appeal process, because the purpose of the Court is achieving resolution of any dispute by finding the proper legal framework governing it, regardless of whether or not it was proposed in the first instance.

Without this, there is a danger of rejection of the Action, which lies substantially in the Law, supposedly because it was not expressly stated at some stage of the proceedings. This would be a strong adherence to formalism.

The alleged prohibition of invocation of “new arguments or grounds” to the appeal proceedings constitutes nothing more than jurisprudential interpretation: it is not based on legal provision governing the operation of the Court. Moreover, it constitutes an arrangement which excludes the full access to the Court and the full legal resolution. As such, it strongly and negatively affects the prestige to be enjoyed by the Court and its judgments.

Especially in this case, relevant as it is to the European economic crisis, which still garners intense public interest, it is unacceptable to evade express provisions of law which constitute the proper legal resolution in the name of formalistic jurisprudential precedents. 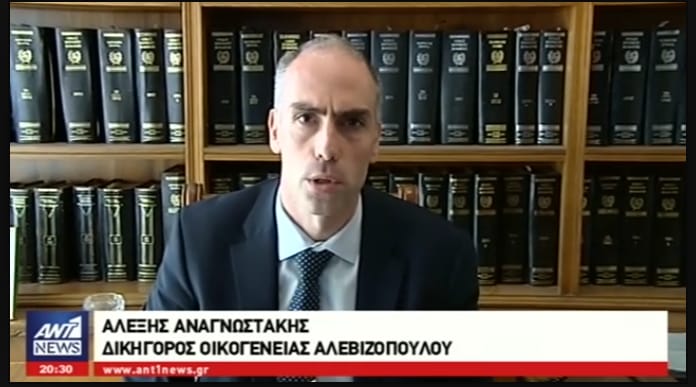 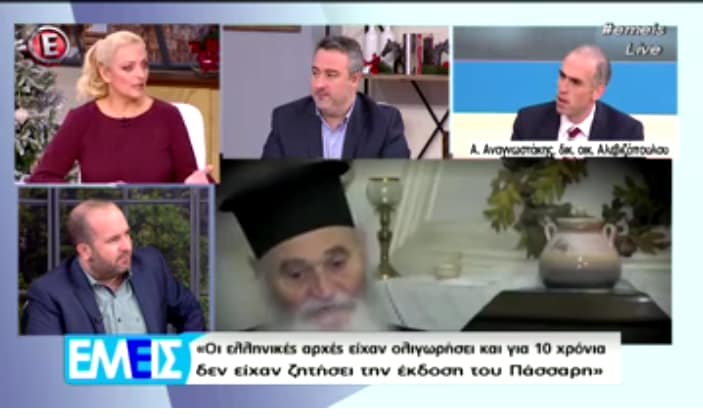